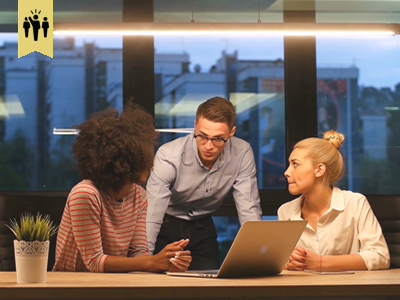 Bob Woodruff joined ABC News in 1996 and has covered major stories throughout the country and around the world for the network. He succeeded Peter Jennings as anchor of ABC World News Tonight in December 2005. On January 29, 2006, while reporting on U.S. and Iraqi security forces, Woodruff was seriously injured by a roadside bomb that struck his vehicle near Taji, Iraq. In February 2007, just 13 months after being wounded, Woodruff returned to ABC News with his first on-air report, To Iraq and Back: Bob Woodruff Reports. The hour-long, primetime documentary chronicled his traumatic brain injury (TBI), his painstaking recovery and the plight of thousands of service members returning from Iraq and Afghanistan with similar injuries. Since returning to the air, Woodruff has reported from around the globe. He has traveled to North Korea eight times, investigating the growing nuclear threats in the hands of Kim Jong Il and his son Kim Jong Un. Since 2015, Woodruff has been ABC’s primary correspondent throughout Asia, reporting on topics ranging from the controversial treatment of Muslims in Myanmar and the Xinjiang province of China to the US presence in the South China Sea. In 2001 after the September 11 attacks, he was among the first Western reporters into Pakistan and was one of ABC’s lead foreign correspondents during the war in Afghanistan, reporting from Kabul and Kandahar on the fall of the Taliban. His overseas reporting of the fallout from September 11 was recognized with the Alfred I. duPont Award and the George Foster Peabody Award, the two highest honors in broadcast journalism. He was also recognized with a duPont Award for live coverage of the death of Pope John Paul II and the election of Pope Benedict XVI. For his extensive coverage of traumatic brain injuries, he was honored with another George Foster Peabody Award. Of his 6 Emmy awards, his most recent award resulted from his reports about the brutal treatment of the Rohingya ethnic group by the government of Myanmar. Before becoming a journalist, Woodruff was an attorney. In 1989, while teaching law in Beijing, he was hired by CBS News to work as a translator during the Tiananmen Square uprising, and a short time later he changed careers. As ABC’s Justice Department correspondent in Washington in the late 1990s, he covered the office of Attorney General Janet Reno, the FBI and ATF. In February 2007, Woodruff and his wife, Lee, co-wrote a bestselling memoir, In an Instant, chronicling his injuries in Iraq and how their family persevered through a time of intense trauma and uncertainty. The Woodruff family established the Bob Woodruff Foundation (BWF) to raise money to assist injured service members, veterans and their families. Woodruff has a law degree from the University of Michigan Law School and a BA from Colgate University. He and Lee have four children.