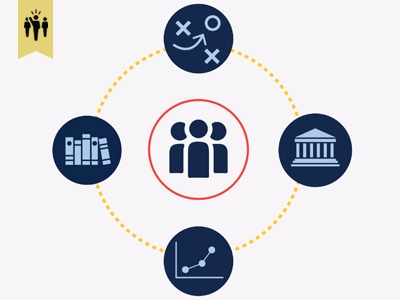 As a Managing Director at Citigroup, John currently serves as the Chief Operating Officer for Citi Retail Services’ largest American Express co-brand credit card portfolio, which provides credit card support to over 20 million Citi customers. As a retired U.S. Army Colonel, John also serves as the national Co-Head of the Citi Salutes program (www.CitiSalutes.com) which is Citi’s firm-wide initiative that supports U.S. military veterans and military families both internal to the company and in the communities where Citi works and lives. Prior to joining Citi and in his last active tour of duty, John was a senior national security advisor to both President Obama and President Bush. At the White House and as part of the National Security Council (NSC) staff, he was responsible for the development and NSC staff oversight of all U.S. military, political, and economic policy in the countries of Afghanistan and Pakistan for President Obama, and for military operations in Iraq for President Bush. He also served in the Clinton Administration as a White House Fellow in the Office of the United States Trade Representative where his main focus area was with the Administration’s World Trade Organization membership. John’s active duty military career spanned twenty-four years and included more than a decade of overseas assignments in Europe and the Middle East as well as three combat tours in Iraq. John is a 1987 graduate of West Point and has a Master’s Degree from Oxford University where he was a Rhodes Scholar. As a first generation Chinese-American, John was the first Asian-American in West Point’s two hundred year history to be the highest ranked cadet in his class and serve as the United States Military Academy’s First Captain. Following his last combat tour in Iraq, John also served a year as a National Security Fellow at the Harvard Kennedy School. John and his wife Tracy live in Atlanta where John supports the greater Atlanta community through his roles as: a guest lecturer at Georgia Gwinnett College; Leadership Atlanta alumnus; Warrior Alliance board member; Four Block instructor; and founding advisory council member of VETLANTA. In addition to being the recent and long-time board chair for The Mission Continues, John now serves as an advisory board member of the Schultz Family Foundation, leadership council member of the Bob Woodruff Foundation, and as a venture partner for the Draper Richards Kaplan Foundation.