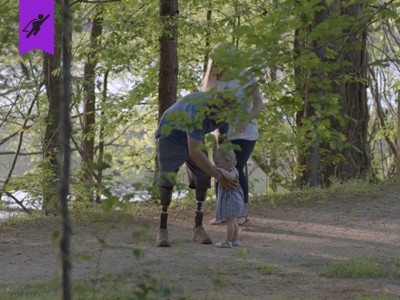 Ever since he was a young child, Geoffrey Quevedo’s dream was to join the United States Army. So when Geoffrey turned 18, that’s just what he did. In 2011, Geoffrey was severely injured in an IED attack, including losing his left arm and leg. The married father of two young children relies on his own experience as a Wounded Army Veteran to narrate the “Essentials of Injury Communication with Children” course. He is part of the Independence Fund’s Tiger Team and is also a student.